Read the previous part of the story HERE 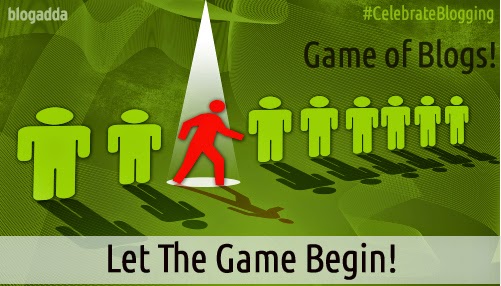 Click click, she loved to cover everything that passed her roving eyes. Early in the morning she would come out with her bicycle, while her DSLR slung from her neck and rested on her midriff. “Dream to live freely” written in black over her white Tee looked prominent though in the middle the strap of her camera tried to obscure the letters.  She loved sea, rising waves, backwaters, birds gliding over the vast sea. The serene backwaters of Veeranpuza near Vembanad Lake fascinated her much. And she would cycle on the marine drive by the backwaters for hours while clicking anything that fascinated her eyes. Once she reached passing other cyclists and joggers, she would rest her bicycle by the sea side and bring out her camera to click the sea in its full glory as the sun rose like a red dot from the water. As her hair became unruly in the sea wind, she would not mind and click the sea, occasionally tucking tresses to the groove of her ears. People from her locality knew about her passion and always talk about her love affair with lens scenery and sea, thus she had a reputation for her penchant for snapping.
In a fine morning, she returned from her morning sojourn and called her mom. “Mom, oh mom, mwaah, love you. I feel hungry give me something to eat.”
“Why? Does not sea give you food? Think what you will do with your photographs, is this even a career? Look your friends have gone to the Gulf and send lots of money. But you....you minx, what the hell you painted a dragon on your right arm. And, and that bracelet around your wrist, oh Christ, Tut tut, your dusky face looked weird.” She touched her heart and looked upward.

“Oh mom not again, I love my tattoo and accessories, these are style statements, mom.”  “And what's this, short that exposes you a lot. Openness does not mean exposure.”
“Not again, not again I’m hungry mom and words will not fill my belly, you know.” She flicked a naughty smile dancing her eyebrows.
“Okay, what about your marriage.”
“Mom, let me love someone. I will go to Mumbai for an outdoor adventure. I would roam in that illusive city and click it in its entirety specially the frothing sea.”
“You go anywhere but settle somewhere I can't manage any more with my meagre salary.”
“You teacher, always a teacher with your gospel and list of ‘what-not-to-do’ more than the ‘what-to-do’.”
“Her mom came near and pinched her cheek. Naughty, it's for those teachers you are what you want to be.”
“Okay agree darling.” She hugged her mom.

They finished breakfast and Jennifer began to pack. Mom I will attend a media conference in Mumbai and try my luck there as a photo journalist.  A journalist name Tara working in a renowned newspaper has called me to work with her.”
“Oh wao, God bless my child may Jesus help you in your career.”

The next morning, she went to Ernakulum Railway station and picked up Ernakulam Kurla express.  Many of her friends had come to see off her and they wished good luck in her career. As the train rustled and rattled, she sat on her side lower berth facing the engine. Passing trees, patches of grey clouds hovering over pulled her while the chilling wind smote her face. She began to click the passing lone mountain covered with mist and greenery that looked like giant goblins passing by as if having an issue with the train.
She brought out her copy of The Hindu from her back pack and began to browse through the pages. As she flipped through pages, edit, oped, she reached to the literary section. She read a short poem about rape of teenage girls and became frightened but at the next moment she hopped to a short story entitled, ‘The Hooded Man’ below it written, SHEKHAR DUTTA.

She read about the hooded man and his love affair with married lady. He was harmless but his hood would scare women early in the morning as he used to come out in the morning. No one knew about him but per chance in the morning he would be seen following a woman. When complains began to pour in the local police station, police became active. And a lady police inspector played decoy to trap the hooded man. And as she searched on.....one day the hooded man appeared in her apartment.
She got fascinated with his tallness and it was love they discovered as time ticked. He was searching for his past love and innocuously followed woman. They married and the hood disappeared as they wore crowns and went together to register their marriage.

Wao, this is a beautiful story, happy ending she said to herself and opened her lap top. She inserted a modem into a USB slot and clicked connect. The next moment she was in the cyber world. She noted mail id of Shekhar and dashed a mail praising his story and expressed her intention to meet him personally in Mumbai.

In the morning, while taking Roohi to her school, Tara walked to her office. After finishing breakfast kept aside in the kitchen by Tara, he opened his laptop and desired to write a story. But he lacked concentration as the loneliness and rejection mails began to hijack his concentration.  He began to think about his loneliness, helplessness in finding a publisher for his stories. Though he didn’t want he opened his mail box. As usual, he wanted to avoid those form rejection letters from agents and publishers, at the same time desiring to read piece happy news; he opened the mail sent by Jennifer.

And he read the fan mail that provided him instant happiness and satisfaction. He instantly replied to the mail. As Tara was away and Roohi was yet to return from school, they began to chat, sometimes Jennifer lost signal while he waited for his replies. In between chatting she sent an SMS to Tara about her arrival.

The next morning Jennifer alighted and her eyes began to search Shekhar who had promised to meet. Shekhar too searched her.

“Me and my team are participating in ‘Game Of Blogs’ at BlogAdda.com. #CelebrateBlogging with us.”

Read the next part HERE

Thank you for your comment. This will go a long way in encouraging this writer. Thanks for your time and patience.